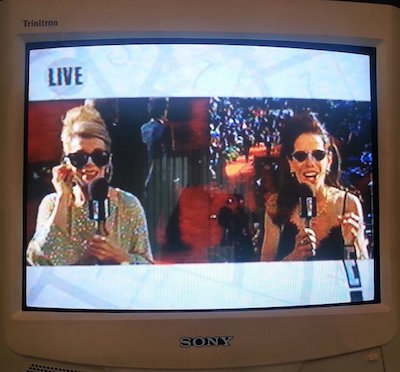 The 87th Academy Awards had plenty of time for a guitar-playing Batman, Sean Penn making green card jokes and embarrassing Dakota Johnson, but NO time for their longtime employee, Joan Rivers.

Rivers — a woman who epitomized show business and the Oscars in general — was snubbed from the show’s In Memoriam segment that included and multiple marketing directors, producers and sound editors.

Let me remind you that at one time, Joan was the only one who did red carpet commentary. She is also the the inventor of “Who are you wearing?”, not to mention a very accomplished comedian, writer, actress and co-host.

How could the Academy have forgotten about this? #Oscars2015 #JoanRivers pic.twitter.com/OQSruve3F9

Whether it slipped the Academy’s mind or they intended to omit her, this is the kind of shameful nonsense that not even a hundred beautiful “Stay Weird” speeches can erase from my memory.