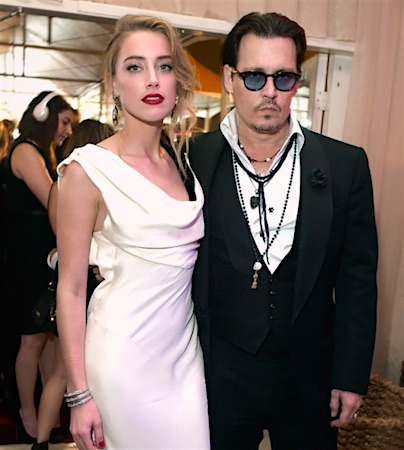 As I’m sure you’ve all heard, Johnny Depp has been accused of physical and verbal abuse towards his soon-to-be ex wife. If you enter the virtual torture chambers known as online comment sections, you may have noticed that almost no one believes her.

The Depp fangirls and fanboys who don’t believe her have many defenses for the beloved star of nothing-memorable-in-the-past-decade.

Most of these people seem to believe the following:

I have a question. If Meryl Streep told us that Don Gummer (her longtime spouse) was prone to fits of rage and had repeatedly terrorized her throughout their marriage, would you believe her? I think you would, but if Gummer accused Streep of the same you’d probably laugh. But why? Because you “like” her more? Because you’re familiar with her name and you’ve seen a bunch of her movies? None of us know what happened, and a lot of you are clearly letting your love for the man cloud your judgment.

Being skeptical is one thing, but it’s more dangerous to say she’s full of it than it is to believe her. Whether you’re wrong or right about his guilt, the public’s finger-pointing reaction to this story has undoubtedly made women more afraid to come forward. I’m not even sure that real victims will suffer if it turns out she’s not telling the truth because it’s become frighteningly obvious that no one believes them regardless.

As of today, Heard is officially not seeking a single dime from Depp.

“In light of the coordinated false and negative media campaign falsely depicting my attempts to attain a CLETS Domestic Violence Restraining Order as being financially motivated, I am hereby withdrawing the request,” Heard said in court documents released last week.

There goes your motive.

Of course there are still those who believe Heard is motivated by attention, because nothing boosts a career like a phone to the face. Just ask the guy that got hit by Russell Crowe. What was his name?