James Franco wants you to consider some shit. Specifically, he wants your vote for Best Supporting Actor in the next round of Academy Awards.

The recently-roasted actor is featured in a “For Your Consideration” poster holding an Oscar in each hand, with the caption “Consider This Sh*t” at the bottom, a reference to his Riff Raffy Spring Breakers character Alien. It’s one of James Franco’s most interesting and fuckin’ weird roles, but it was lauded by critics as one of his best, and an Oscar nom is certainly not outside the realm of possibility.

The film tells the story of four college whores who rob a bank and use the money to head down to St. Petersburg, FL for the trashiest spring break in history.

In addition to a ton of awesome, nostalgia-inducing partying, the girls eventually meet Alien and get pulled into his gangster life of drug and weapon distribution.  END_OF_DOCUMENT_TOKEN_TO_BE_REPLACED 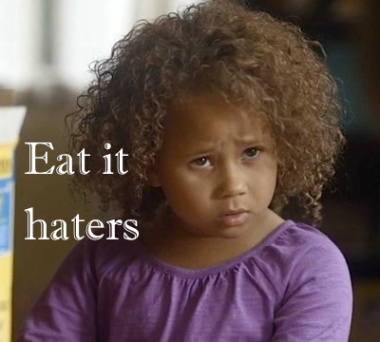 The best way to watch the new Cheerios commercial is without knowledge of the so-called controversy surrounding it. If you’re a reasonably educated liberal, the ad serves as an example of how far we’ve come since the mid 1960s, when interracial marriage was illegal in deep-south states like Mississippi and Georgia. You may not even notice that the parents are not the same color.

Many people who did notice were probably reminded of the hundreds of commercials featuring non-biracial Asian, black, white and Hispanic couples (plus silly, overly inclusive Army and college brochures) and found it refreshing. “It’s about time” seems like an appropriate thought.

Sadly, this country is full of moron bigots who love to hate people who are different and/or happier.

END_OF_DOCUMENT_TOKEN_TO_BE_REPLACED

A 25-year-old woman from New Orleans is my new hero for creating a Craigslist ad describing an elaborate fantasy set in the world created by George R.R. Martin in A Game of Thrones.

In the post, filed under Casual Encounters, the Louisiana native describes a scenario where she is Daenerys Targaryen, Queen of Dragons (Emilia Clarke) and her lover is Robb Stark (Richard Madden).

After arriving at King’s Landing and slaying Starks, Lannisters and all those who oppose her, Khaleesi takes pity on the eldest Stark son, throwing him in the dungeon instead of putting his pretty head on a pike.

The woman, proud owner of a replica of the Iron Throne from the show, brings the Robb look-alike out of his cell and makes “wild and passionate love with him, repeatedly” on top of it. From CL:

Please only respond to this post if you look like Robb Stark! I would appreciate pictures, but please, no names. In order to stay as true to the fantasy as possible, I ONLY want you to refer to yourself as Robb Stark. You will need to provide your own clothing.  END_OF_DOCUMENT_TOKEN_TO_BE_REPLACED

Today, during that educational show about Armenian mating rituals, my teeth almost fell out of my face when I saw the new Kindle ad with a surprise ending.

The man expresses frustration at not being able to see due to the glare on his device (this is the boring part), so the woman explains that the built-in light in her Kindle is oh so wonderful, even in the sun. Then he’s like, “I just spent over $100, let’s celebrate…”  END_OF_DOCUMENT_TOKEN_TO_BE_REPLACED

After her GoDaddy ad with beta male Jesse Heiman, international supermodel and former DiCaprio arm candy Bar Refaeli is being accosted by some very unspecial men.

The day after her commercial was televised for 108 million viewers during the Super Bowl, she posted a photo of herself from inside a car. Moments later, she was flooded with messages that had nothing to do with cars and everything to do with them scoring with her.

From Instagram user @pcagent: “if godaddy can rent a hot steamy kiss from you then the only other question I have? what else is on the menu :)”  END_OF_DOCUMENT_TOKEN_TO_BE_REPLACED

Michael Vick‘s dog is “well cared for and loved.” (TMZ)

Instructor at Zumba ran a prostitution ring out of her studio. (CBS)

Shailene Woodley (The Descendants) as the new Mary Jane in the next Spider-Man? (G4)

“My mom does not do cocaine,” says liar liar Lindsay Lohan on fire. (Daily Mail)

If you’ve never seen Bar Refaeli in a bikini, here’s your chance. (Celebuzz)

END_OF_DOCUMENT_TOKEN_TO_BE_REPLACED

A Craigslist listing in Minneapolis, Minnesota posted at 11:05 a.m. on September 11 was looking for a buyer interested in NFL legend Brett Favre’s pubic hair for $200.

The seller claimed, in a quite convincing tale, to be the brother of a Vikings equipment manager who took them out of Favre’s jock strap in 2009, two years before he announced his retirement.

The ad has since been flagged for removal by grumpy sticklers or Green Bay fans (the post specifically states that “they are not going to a Green Bay fan”) but I you can still read it in its entirety below.  END_OF_DOCUMENT_TOKEN_TO_BE_REPLACED

Add 16-year-old Ireland Baldwin to the list of celebrities (or celebrity relations, at least) to downplay verbal or physical abuse.

Ireland tells Us Weekly that her dad Alec’s voicemail where he famously called her a “little pig,” threatened to hit her with a brick, and asked her to relay the message “go fuck herself” to her mother, wasn’t a big deal. Here’s her explanation of the incident:

“The only problem with that voicemail was that people made it out to be a way bigger deal than it was, he’s said stuff like that before just because he’s frustrated. For me it was like, ‘OK, whatever.’ I called him back and I was like, ‘Sorry Dad, I didn’t have my phone.’ That was it.”

I think that pretty much means that it’s an everyday occurrence, and that he’s said much worse. All I know is, I’m getting a bit sick of the public’s varied levels of forgiveness.

END_OF_DOCUMENT_TOKEN_TO_BE_REPLACED

I eat at least three pizzas a day and never know where to put the leftovers. Sometimes, I just put them back in the oven for storage, in the bathroom on top of the toilet, or as a lid for my cat box.

This Pizza apartment thing might come in handy, if only I knew where the hell to actually buy it. Apparently a company called “Kitchen Directions Group” manufactured the product. END_OF_DOCUMENT_TOKEN_TO_BE_REPLACED 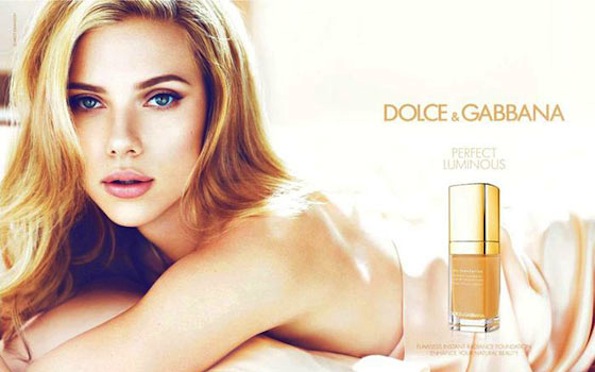 Free advertising all over the net for Scarlett Johansson and Dolce/Gabbana. (VH1)

Slash caught his mom in bed with David Bowie. (NME)

And here’s the 500-pound Darth Vader cake from the Star Wars convention. (i09)

Shiny new buildings are for assholes. Rust is in. (CBS Sports)

That weekend in Las Vegas was fun for Prince Harry for SO many reasons. (E! Online)

Tom Hanks is the best movie star to have a beer with. (Too Fab)

Terrell Owens dropped every pass. Is no longer a Seahawk. (Washington Post)

Fabulous non-trans Ukrainian model Stav Strashko appears in a new Japanese ad for the Toyota Auris (aka Corolla) runway walking towards the product, revealing at the end that he is not in a fact, a she.

So Yahoo’s headline for a story about Natalie Portman’s skin-baring Dior makeup ad is “Natalie Portman sheds conservative image in nude Dior ad.” Is it just me, or is “conservative” an odd word to use for someone who went onscreen clam-diving with Mila Kunis?

The photos were shot by the guy who did 2011’s Pirelli calendar (an elite publication featuring nude models and actresses). Yahoo! brings up the “high-necked dress” Portman wore on her wedding to back up her prudish image, then casually namedrops Black Swan in the next paragraph.  END_OF_DOCUMENT_TOKEN_TO_BE_REPLACED

Lady Gaga tweeted a link to the above advertisement for her perfume, “Fame,” on her new Social Networking site LittleMonsters.com on Monday.

See how she kills two black ostriches with one stone? Promoting her Bowie-esque perfume AND her website at the same time? Smart woman.  END_OF_DOCUMENT_TOKEN_TO_BE_REPLACED

In a new video, New York film student Matt Binder decided to channel his hatred for the Apple iPhone 4S commercial with the jerky teenage slavemaster who demands to be addressed as “rock god.”

The fixed version of the video features an unbridled Siri telling him to get a haircut, suggesting that Baha Men are suited to his tastes and saying, “Fuck you. Your band sucks. OK?”

I reached out to Binder for more info and he told me, “As a fan of Apple products, it was shocking to see such a commercial come from them. The kid is trying to learn guitar in the beginning of the commercial, plays to a few friends in a garage, and asks to be called ‘Rock God’ in all of 30 seconds.”

END_OF_DOCUMENT_TOKEN_TO_BE_REPLACED

Yeahh Megan Fox is in a new foreign commercial with none other than Mike Tyson, but don’t worry, they’re never onscreen at the same time, Megan’s earlobes and cavelady thumbs are intact.

The ad is for CCAA, a Brazilian school that has hopes of implementing universal education of the English language. It features two dudes who find themselves in a mysterious water-surrounded land covered in multiple Megan Foxes, thus “Megan Fox Island.”

When she finds out they don’t speak English she and her clones echo the words “oh no,” catch them in a net and ship them somewhere else… END_OF_DOCUMENT_TOKEN_TO_BE_REPLACED