When considering going through with vagina murder, you don’t book a meeting with an all talk, no-action noob like Amanda Bynes. You want Hayden Panettiere, because she’s a goddamn expert on getting her vagina murdered daily.

On Sunday, 5’2″ Panettiere was spotted at a Miami Heat game making out with her 6’6″ ex-boyfriend, Ukrainian boxer Wladimir Klitschko. To recap, they broke up in 2011 after two years. He said managing a relationship “between two continents” was too difficult.

In actuality, it was because a reverse penis pump had yet to be invented. I mean, can you imagine sex between these two? It’s soul crushing.  END_OF_DOCUMENT_TOKEN_TO_BE_REPLACED

Newly single Adam Levine has dropped a new single. Actually it’s a new VIDEO featuring Minka Kelly and he isn’t even single but I opted for the play on words, no matter how unfitting.

Musicians aren’t usually good at being actors, but they all desperately want to be dramatic so when they’re not starring in crap films like Battleship or making egomaniacal documentaries about themselves they’re channeling their theatric energy into music videos.  END_OF_DOCUMENT_TOKEN_TO_BE_REPLACED 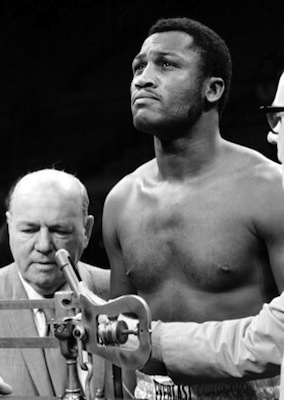 Yesterday night was a very sad day for sports, specifically boxing. We lost Smokin’ Joe Frazier, who was a spectacular fighter back when truly explosive rivalries existed within the sport. His confrontations with Muhammad Ali in the 70’s were bigger then than any LeBron vs. Kobe or MMA riff raff of today.

Frazier was a people’s champion, an Olympic gold medalist with a rugged quiet charm and the fiercest left hook you can imagine. The insults he took from Ali were horrendous, something you never saw in 2001’s Ali, starring Will Smith, with James Toney portraying Joe Frazier.

Ali’s racist jabs almost hit harder than anything in the ring, especially during their 1975 “Thrilla in Manila” fight in the Philippines, which Ali won after 14 strenuous rounds. Frazier, in all his brilliance, did defeat his rival (they both lost only four fights in their entire career) earlier, in 1971. Smokin’ Joe could wear Ali out like no one else.