A map showing who was rooting for who during the big game has surfaced, showing that a staggering majority of Americans (besides in Oregon, Washington and Alaska) were crying disappointed tears into their hot wings, pizza and beer last night.  END_OF_DOCUMENT_TOKEN_TO_BE_REPLACED

Finally, a video to match the Bruno Mars song that impregnated you last December, nearly nine months ago (eek). In “Gorilla,” Bruno goes to a stripclub and sings to and about a woman who is so hot that when she tears off her blouse and exposes her sides and bare arms, sparks fly from the ceiling.

Her skills on the pole and in the back of a car are unrivaled and her personality is like a pumpkin left on a porch in a damp climate a multitude of weeks after Halloween. Oh, wait…   END_OF_DOCUMENT_TOKEN_TO_BE_REPLACED

Super Bowl organizers finally chose the right person for this year’s halftime show, and that person is none other than Grammy-winning songwriter Bruno Mars, who will perform a mixture of hits from his breakout album Doo-Wops & Hooligans and his equally successful sophomore effort, Unorthodox Jukebox.

I know you’re tired of Michael Jackson comparisons, but it’s hard to argue that he’s not the total package with that voice and those moves and an arsenal of throwback, horn-heavy hits like “Locked Out of Heaven,” “Grenade,” “Treasure” and “Just The Way You Are” after only being in the spotlight for three short years. (Not long by show business standards.) END_OF_DOCUMENT_TOKEN_TO_BE_REPLACED 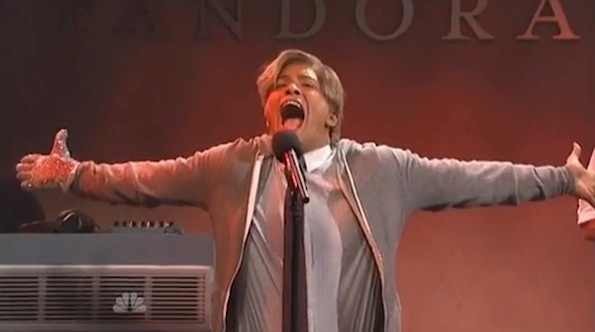 Jennifer Esposito calls out CBS for mistreating her on Blue Bloods set. (Yahoo!)

Paranormal Activity 3 made $30.2 million dollars at the box office. (ohmyGAHH!)

Snooki‘s sunless tanning products are a sign of the end of times. (Bitten and Bound)

Instructional video on how to pick up (and throw) a girl at the gym. (Gawker)

END_OF_DOCUMENT_TOKEN_TO_BE_REPLACED

August 15th, a new track from Game (formerly The Game) was leaked onto YouTube. The song, “Martians Vs. Goblins,” from his upcoming R.E.D Album has guest vocals from Lil’ Wayne and Tyler, The Creator.

The song disses several major names in the business including Rihanna (something about snatching her up and throwing her “in front of a fuckin’ train?”)

And Bruno Mars, dissed by Tyler, The Creator for “Sucking dick and fucking male butts in the same closet where Tyler Perry gets his clothes from.”

And Miami Heat star LeBron James, dissed by Tyler, “Fall back like Lebron’s hairline against the Mavericks” and Game, who mentions boning Lebron’s mother while Delonte West (former LeBron/Cavaliers teammate) videotapes it?