Williams also made mention of the player’s boyfriend having a “black heart.” Talk about glass houses. Let me break it down. Serena is mad because Sharapova is dating her ex, Grigor Dimitrov.  END_OF_DOCUMENT_TOKEN_TO_BE_REPLACED 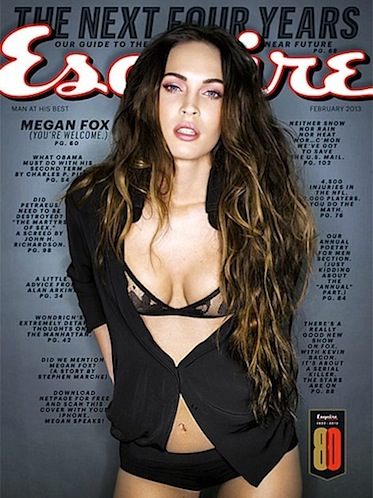 Megan Fox apologized on Facebook for calling her Confessions of a Teenage Drama Queen co-star Lindsay Lohan an unreliable actress with a lot of potential.

While explaining in an interview why she had her Marilyn Monroe tattoo lasered off, Fox drew comparisons between her (Marilyn) and Lindsay.

“She wasn’t powerful at the time. She was sort of like Lindsay. She was an actress who wasn’t reliable, who almost wasn’t insurable. She had all the potential in the world, and it was squandered,” she told Esquire.

Fox said on Facebook that she wanted to clarify her comments before “something silly” happened.  END_OF_DOCUMENT_TOKEN_TO_BE_REPLACED 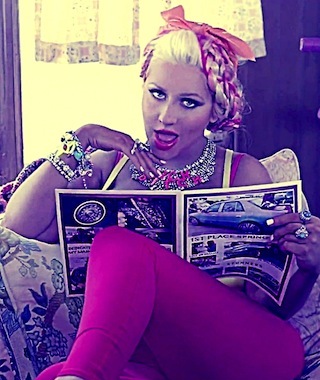 Comments thought to be made by Christina Aguilera to Billboard magazine about her weight gain in 2002 during her Stripped tour with Justin Timberlake turned out to be false, according to her rep.

Disappointing because I legitimately thought for a second that she’d made some really great points and illustrated a non-hypocritical message. The quotes, which may have originated on Tumblr, referred to a frantic meeting her label had to discuss her new look.

“During the promotion of my album Stripped, I got tired of being a skinny, white girl, I am Ecuadorian but people felt so safe passing me off as a skinny, blue-eyed white girl,” she said in the excellently crafted fake interview.

“The next time my label saw me, I was heavier, darker and full of piercings! Let me tell you, that wasn’t an easy pill for them to swallow. I had gained about 15 pounds during promotion.”  END_OF_DOCUMENT_TOKEN_TO_BE_REPLACED

END_OF_DOCUMENT_TOKEN_TO_BE_REPLACED

I’m not aware of a woman’s magical ability to turn her ovaries off after having sex with an unwelcome partner, nor an ability to shut off my own brain after getting raped by the comments of clueless old Republicans.

“Well I just haven’t heard of that being a circumstance that’s been brought to me in any personal way, and I’d be open to discussion about that subject matter,” Iowa’s Steve King told KMEG-TV.

That’s his response to a question about 12-year-olds getting pregnant.

He’s a supporter of a bill that would end Federal funding of abortions to victims of rape, which sounds like a brilliant way to secure a fiery condo in that hell place he probably believes in.  END_OF_DOCUMENT_TOKEN_TO_BE_REPLACED 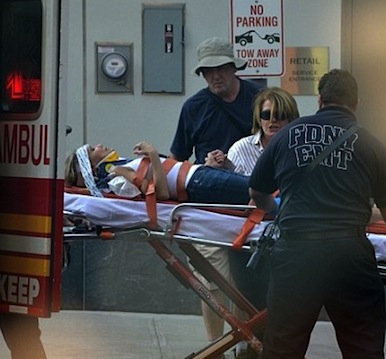 Howard Stern pointed out on his radio show Thursday morning that Kristin Chenoweth (Glee, GCB, Wicked) received a surprising amount of hate comments on TMZ after she was rushed to hospital for head injuries obtained while guest starring on The Good Wife.

One person said “LUCKY THE BITCH IS SHORT… SHE DIDN’T HAVE FAR TO FALL!” while another wrote “I hope her boobs are okay.” How sweet.

The third worst was “Unfortunately, the size of her head is partially to blame” right after the short bitch remark and:

END_OF_DOCUMENT_TOKEN_TO_BE_REPLACED 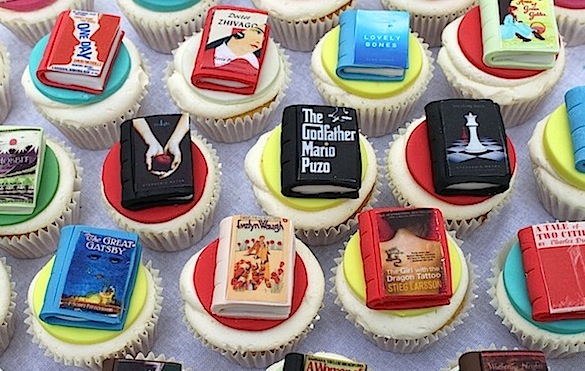 Powell’s is one of the largest independent bookstores in the world. Largest in terms of sales and physical size. The headquarters, which has been around since 1971, felt like a paper zoo when I was younger.

On Tuesday they Facebook-shared the above photo, a gorgeous assortment of literary cupcakes. Titles like Wuthering Heights, The Hobbit, A Tale Of Two Cities, The Great Gatsby, and Twilight.  END_OF_DOCUMENT_TOKEN_TO_BE_REPLACED

Lana Del Rey’s boobs: “In her photos she is beautiful. Is she a construct with all her implants? She’s not alone with implants.”

Adele’s weight: “The thing at the moment is Adele. She is a little too fat, but she has a beautiful face and a divine voice.” END_OF_DOCUMENT_TOKEN_TO_BE_REPLACED