The spunky and preppy Bayside High student Lisa Turtle likely stands out strongly in your childhood memory along with her fictional classmates, Zack Morris, A.C. Slater, Screech, Kelly Kapowski and Jessie Spano on Saved By The Bell.

You probably remember her as a veritable queen of  fluorescent sweaters, hair ties, and side ponytails and for constantly telling Dustin Diamond, whose character had a huge crush on her in the show, to “heel.”

Lark Voorhies, now 38, who portrayed Lisa for six years, looks very very different today. Her transformation was shown during an interview for Michael Yo’s Yahoo series, where she promoted her new movie The Hope For Pandora’s Box.  END_OF_DOCUMENT_TOKEN_TO_BE_REPLACED

Hear me out hear me out. I know Drew Barrymore normally looks nothing like Khloe Kardashian.

Some may even call me a blasphemous harlot for uttering their names in the same sentence.

Barrymore’s career mostly looks like a bowl of cherries, and she’s no reality star BUT she has been married twice and one of those marriages was to Tom Green.

Lamar Odom has got to be at least 20 million steps up from a guy who puts rats in his butt.

Anyway, Drew Barrymore is awesome and so is Khloe (don’t judge me) but in this picture of Drew wandering around L.A. I have to say she looks like a 5’4″ version of the outcast Armenian.  END_OF_DOCUMENT_TOKEN_TO_BE_REPLACED 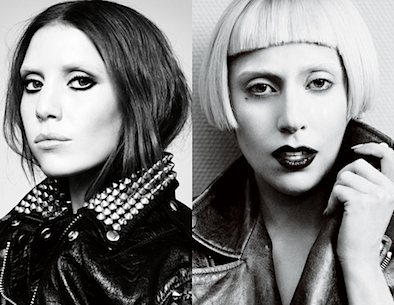 “There’s nothing about her music that touches me. I’d rather duet with Leonard Cohen. I like older music.”

She doesn’t seem like a fan of pop music at all so you’d have to assume she also wouldn’t like being compared to Lady G in the looks department. At times the two could not be more different. Gaga with her sequins and vapid pretentiousness in “Marry The Night” and Lykke Li with her arty witch mist in “I Follow Rivers.”  END_OF_DOCUMENT_TOKEN_TO_BE_REPLACED

Watching Bridget Fonda in the 1993 flop Point Of No Return may have made me laugh, cry and fall asleep but it also got me thinking. Is Kristen Stewart the new Bridget Fonda, and do they look alike?

Now, K-Stew isn’t known for romantic comedies (like Fonda’s It Could Happen To You) but she is edgy (Panic Room, Welcome To The Rileys) like Bridget in Jackie Brown and Kiss Of The Dragon.

END_OF_DOCUMENT_TOKEN_TO_BE_REPLACED

I really don’t know who Courtney Stodden is. After reading about her, I think she’s famous for being young (17) and marrying some gross old actor dude from Lost and The Green Mile. (51 year-old Doug Hutchison)

Apparently they were dating when she was 16 years-old. Which is horrible and I thought, illegal? But umm, besides that, she’s clearly had a massive wad of plastic surgery…

END_OF_DOCUMENT_TOKEN_TO_BE_REPLACED

Everybody remembers the internet sensation Chris Crocker, no? He rocked the viral world with his weeping gay homage to Britney Spears in 2007, wearing a cropped wig and crying vigorously/hysterically screaming to “LEAVE BRITNEY ALONE!”

Well since you now remember him, if you did ever forget him then here I am to remind you. And how would I do that? What relevant bit of Chris Crocker news do I have?…

END_OF_DOCUMENT_TOKEN_TO_BE_REPLACED

Credit for this photo comparison goes to Pajiba.com and Dustin Rowles, who posted it the other day, thus jolting me to also do so. I just wanted to point out the similarities.

There really are no similarities to point out, because that would imply that there are actually differences besides the llama being cuter than Taylor Lautner…

END_OF_DOCUMENT_TOKEN_TO_BE_REPLACED

I keep watching season four of Jersey Shore and fearing the moments when I have to look at Jwoww’s stretched, unmoving face.

I went on Google image search on a desperate quest to find comparison photos and then sadly realized that she doesn’t actually look as different as I thought.

Can some expert surgeon examine Jwoww and tell me if she had work done? The gossiping, pop-culture-devouring monster inside of me really needs to know…