Though I think it was kind of douchey for Bryan Singer to take back the franchise he killed from Matthew Vaughn, the man who revitalized it with X Men: First Class, Days of Future Past looks promising.

With the help of Picard and Gandalf’s narration, Hugh Jackman’s bare chest and Jennifer Lawrence’s tears, Singer may successfully Febreze away the stench of X Men: The Last Stand. 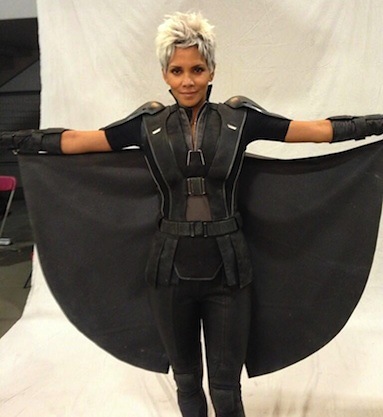 If Storm’s hair has to be short because Halle Berry has short hair in real life, is her character also pregnant now? Berry herself addressed the dangers of filming Singer’s action-heavy movie with child. From JoBlo:

“Storm probably won’t be as badass as she was going to be because we won’t be able to do any fighting or flying or things like that. She’ll be different than we originally planned her to be.”

No fighting. No flying. No Zeus baby clutching lightning bolts in the ultrasound. No fun at all.  END_OF_DOCUMENT_TOKEN_TO_BE_REPLACED