I generally feel the same way about Nicki Minaj that I do about Katy Perry. I’m a pop junkie, so I like some of their songs but not their personas. (Or excuse me, Nicki Minaj’s persona and Katy Perry’s personality.)

My feelings for Minaj’s Cash Money bro Drake go the other way. (His rapping hasn’t improved much since the Degrassi days.)

Nicki gave a surprisingly less vapid and immature interview with DJ Peter Rosenberg from New York’s Hot 97 than we’re used to on Monday, discussing problems with male-driven society and Rosenberg himself, who caused Minaj to pull out of the Summer Jam concert in Jersey last summer when he called her song “Starships” bullsh*t.

“I know there are some chicks in here waiting to sing along with ‘Starships’ later,” Rosenberg told the crowd before Kendrick Lamar took the stage in 2012. ”I’m not talking to y’all now. F*ck that bullsh*t. I’m here to talk about real hip hop sh*t.”   END_OF_DOCUMENT_TOKEN_TO_BE_REPLACED 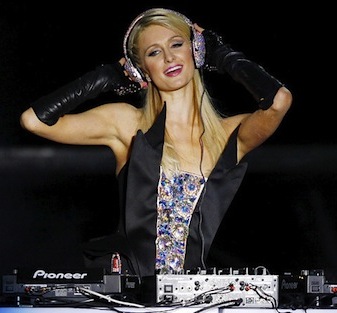 Paris Hilton told Hello! Magazine that she is less focused on sniff-testing perfumes and riding in cars with boys. These days, she’s all about being a full-time DJ.

On spinning at Sao Paolo Music Festival in May she says:

“I’ve been training every day for six to eight hours for the past year. I was up until 4am most nights, and then I had to change my set when I found out that it was going to be more of a pop crowd in Brazil, rather than a dance music crowd.”

While Samantha Ronson quipped, “It’s like me calling myself a doctor from reading WebMD twice,” but at least Paris’ professional beat-making boyfriend Afrojack could give her some pointers. I’m going to equate DJing to singing…  END_OF_DOCUMENT_TOKEN_TO_BE_REPLACED 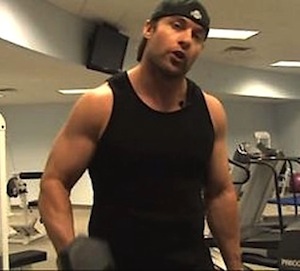 GLAAD is asking that Clear Channel and Cleveland radio station WMMS suspend morning DJ Dominic Dieter for his ignorant comments. After reading an email from a listener who saw his teen daughter kissing another girl Dieter said,

“You should get one of your friends to screw your daughter straight.”

First of all, who listens to the radio anymore? It is literally the worst thing ever unless it’s Howard Stern or Aisha Tyler’s Girl On Guy, which doesn’t count because it’s a podcast.

He should probably be more than just suspended from 100.7 FM’s “Rover’s Morning Glory” show.  He told a father to get a friend to have sex with his daughter, with thousands of people listening?

END_OF_DOCUMENT_TOKEN_TO_BE_REPLACED

He hates being called a DJ (prefers “producer”) even though he clearly is one and now he’s gone and pissed off a legion of fans who would gladly stab him with press-on-nail-sharpened crucifixes.

Yes, Deadmau5 insulted none other than the queen of pop. Zimmerman called Madonna out for referencing drugs at Ultra Music Festival in Miami. She took to the stage to introduce the Swedish DJ Avicii and said, “How many people in this crowd have seen molly?”

END_OF_DOCUMENT_TOKEN_TO_BE_REPLACED

A few people who attended the party (entrance fee: $300-$15,00 dollars) took to Twitter calling him “awful” and the “worst ever.” I wouldn’t completely take two people’s word for it if I hadn’t heard what exactly he spun.

Looks like the notorious narcissist played mostly his own songs and artists signed to his label, G.O.O.D. plus a few others, like Rihanna’s “We Found Love,” Skrillrex’s “The Devil’s Den” and one Michael Jackson song.

Otherwise it was “Gold Digger” “Good Life” and then “Niggas In Paris” a total of five times, just like he does on his Watch The Throne tour with Jay-Z. It’s a good song and all, but who wants to hear it more than once at a concert or party? Not to mention the fact that it’s a bitch to request if you’re white.

END_OF_DOCUMENT_TOKEN_TO_BE_REPLACED

After opening for Britney Spears for her North American Femme Fatale tour, the Aussie twin-sister DJ duo of Liv and Mim, who make up Nervo, had high expectations for themselves.

They’ve written songs for bigshots like Ke$ha and Nicole Scherzinger and now star in their very first music video featuring Afrojack and Steve Aoki, which they describe as “scary” and “unbearable.”

END_OF_DOCUMENT_TOKEN_TO_BE_REPLACED

Aaron Jerome’s second full-length album, and first under the name “SBTRKT” (pronounced “subtract”) is an explosive contribution to the loosely-defined dubstep genre. Part Massive Attack, part Tricky part something you’ve never experienced, Jerome worked previously as a producer, remixing for friends and underground artists around the world such as Zap Mama, Nicole Willis and Bugz In The Attic. On this self-titled work, the UK-based DJ teams up with a variety of singers with Sampha representing the male aspect and Jessie Ware, Roses Gabor and Yukimi Nagano of Little Dragon representing the female side.