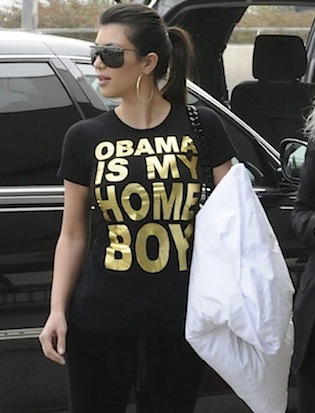 Kim Kardashian really is considering running for mayor of Glendale, California in 2017. This is not a fake story, I didn’t get this from The Onion though I know some of you might see E! News in a less credible light.

In a clip for her sister’s show Khloe & Lamar, Kim can be heard saying “I’ve decided I’m going to run for the mayor of Glendale…you have to have full residency…It’s going to be in, like, five years.”

Kim, who has so far not fulfilled her destiny of birthing at least five children does not have a home in the area though she does plan on buying one soon. Perhaps her destiny is to be mayor for a year THEN log-ride baby shooting time. With Kris as midwife.

No hospital, just a swimming pool somewhere in Calabasas full of placenta and feces.