Uganda Be Kidding Me author, comedian and only-woman-in-late-night, Chelsea Handler is reportedly packing up her bags and leaving the E! network. A recent statement from her manager makes it sound like she’ll be starting fresh instead of moving Chelsea Lately to another network.

“Chelsea intends to leave when her contract expires. She hired me to figure out her life after E! We have at least seven suitors and many ideas,” Irving Azoff revealed.

E! took a chance on Handler in 2006 when she was a virtual unknown with The Chelsea Handler Show, which lasted one season and eventually evolved into a talk show that went from only booking D-list reality stars to moving to a new studio with appearances by the likes of Jennifer Aniston and Sandra Bullock.

END_OF_DOCUMENT_TOKEN_TO_BE_REPLACED

Not a fan of Miley Cyrus‘ “We Can’t Stop”? Fret not, here’s an instrument-less version with The Roots + Miley giving Jimmy Fallon suspicious looks during the parts about big butts and strip clubs.

The chipmunk-gone-haywire also provided whacking material for Terry Richardson and co. in various provocative poses much to the dismay of her penpal, Sinead O’Connor.  END_OF_DOCUMENT_TOKEN_TO_BE_REPLACED

“So, next year I’m going to do this. Thanks to NBC, Lorne, but especially Mom,” he wrote, including a link to the NY Times article announcing the big move.

I like Seth Meyers. He’s very sharp on Weekend Update, but who exactly decided that Fallon’s sub had to be another SNL alumn? Is Fallon’s success, and the success of any other host, not a one-of-a-kind occurrence that has to do with individual talent?

Obsessing over his lack of versatility compared to his predecessor is pointless. He’s more comedic than Leno or Letterman, and presumably not much less in tune than Fallon, Ferguson or Kimmel. He’ll be fine.

Meyers is expected to stay on Saturday Night Live through the holidays, until early 2014.

NBC announced Wednesday that unfunniest man in Hollywood Jay Leno will be retiring from The Tonight Show in Spring of 2014, giving him more time to penetrate exhaust pipes.

“This time around there really aren’t any complications like there were the last time,” said Leno, on that time he stole Conan’s job. “This time it feels right.”

Jimmy Fallon will step into Jay’s shoes for a reported pay increase of $12 million (from $5M), but there’s still no news of who will take over Late Night. Fellow SNL alum Seth Myers’ name is in the hat, but I’d rather see Aisha Tyler, or Jay Mohr. (Listen to their podcasts, Girl on Guy and Mohr Stories immediately.)

END_OF_DOCUMENT_TOKEN_TO_BE_REPLACED

Chelsea Handler is counting down to the 1100th episode of Chelsea Lately on E! In a preposterous video from the opening of her 1081st show, Chelsea returns to the shower with Conan O’Brien.

Last time we saw her naked she was celebrating her move to the Universal lot with an extra bossy and critical Sandra Bullock. This time, it’s Chelsea, the second woman in late night, who shames Conan.

After complaining that she stole his studio, parking space, back massager and shower, Chelsea calls Conan a pussy and dickslaps herself after commanding him to raise his arms above his head.

END_OF_DOCUMENT_TOKEN_TO_BE_REPLACED

Before you completely disregard Jennifer Lawrence as the egomaniacal monster who dissed Meryl Streep at the Golden Globes, hear her out.

On Tuesday, Lawrence told David Letterman that her intentions were never ill-meaning, and that she was simply quoting The First Wives Club when she said “I beat Meryl” after winning the Best Actress award.

“It’s never a good idea for me to wing it, but it was a quote from ‘First Wives Club’!” She told the late night host.

“I’m not on Twitter, but Twitter is very upset,” she said, mentioning that she was toying with the idea of making a public statement after Lindsay Lohan (and many others) Tweeted about it.  END_OF_DOCUMENT_TOKEN_TO_BE_REPLACED

In a late Monday interview on The Tonight Show, Nicki Minaj talked to Jay about her days as a drama student at LaGuardia High, revealed her thoughts on Mariah (sarcastically calling herself “the biggest fan”), and her extreme disdain for traffic laws.

Minaj explains that in the perfect city of New York people turn around in the middle of the street without hesitation or consequences. Los Angeles, not so much.

I am a very aggressive driver… it just means that you get irritated by people driving slow.

My biggest pet peeve, and since I moved to L.A., I have to tell you guys, no disrespect but I’m a New Yorker, you guys have this issue with making illegal u-turns.  END_OF_DOCUMENT_TOKEN_TO_BE_REPLACED

“As a comedian, you can’t not have disdain for what he’s done. He totally sold out. He was a master chef who opened a Burger King,” he says in the latest issue of Rolling Stone.

Kimmel’s idol, Howard Stern, has been laying into Jay for years without more than a peep of acknowledgment, so it’s unlikely that docile-bag-of-farts Leno will respond to this recent dig.

Also in the mag, Jimmy presents interviewer Jonah Weiner with “a vacuum-sealed baggie bulging with buds the size of baby Brussels sprouts.”

“If we smoke weed right now,” he asks, “is that on the record? I don’t know if I want this in the story, my kids are gonna read this.” 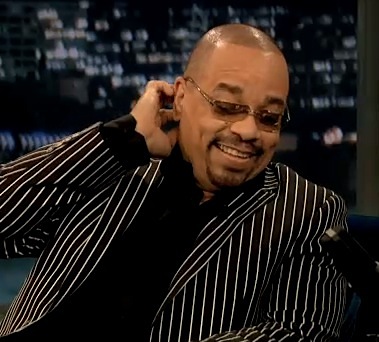 “I love Honey Boo Boo Child. I didn’t like Toddlers & Tiaras because I thought that was like child abuse,” he told Fallon on Friday’s show.

“I think that’s the most realistic reality show on television, they don’t care. I like Sugar Bear, I like Glitzy the pig, Pumpkin. They do not care, they just so gangster with it, mom’s be sneezing and the sister’s like bananas.”  END_OF_DOCUMENT_TOKEN_TO_BE_REPLACED