Sooo I was re-watching The Hunger Games: Catching Fire, and had an epiphany during the part where Katniss/Jennifer Lawrence gets knocked on her ass and sees the force field open…

She looks a bit like a young Meryl Streep (and Jewel, of course). She’s also been compared to Helen Mirren, another actress who, like Streep, has aged beautifully.  END_OF_DOCUMENT_TOKEN_TO_BE_REPLACED

I’m excited because I’m a huge Britney and HP fan (dork alert) so when Evanna Lynch, who played the lovably spacey Luna in J.K. Rowling’s big-screen adaptations told BANG Showbiz: “People laugh when I say this but I would love to play Britney Spears in a movie,” I was thrilled.  END_OF_DOCUMENT_TOKEN_TO_BE_REPLACED

“There’s nothing about her music that touches me. I’d rather duet with Leonard Cohen. I like older music.”

She doesn’t seem like a fan of pop music at all so you’d have to assume she also wouldn’t like being compared to Lady G in the looks department. At times the two could not be more different. Gaga with her sequins and vapid pretentiousness in “Marry The Night” and Lykke Li with her arty witch mist in “I Follow Rivers.”  END_OF_DOCUMENT_TOKEN_TO_BE_REPLACED 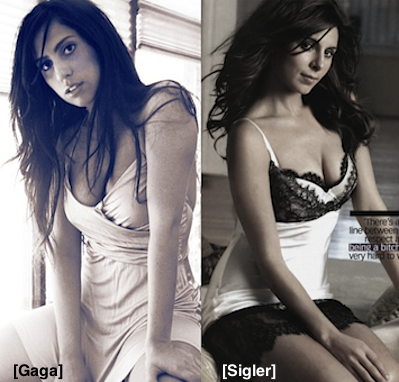 Oddly the first glimpse I ever saw of a humanoid Lady Gaga came in the form of her sister, Natali Germanotta, who made a cameo in the “Telephone” video.

Later I saw older pictures of Gaga at Lollapalooza in 2007 with dark hair plus her in high school wearing Abercrombie & Fitch and realized that her and her sister are basically twins.

Natali is the Stefani that didn’t jump in the time machine. They’re both Jamie-Lynn Sigler clones, but one is hiding under blonde dye and couture.

END_OF_DOCUMENT_TOKEN_TO_BE_REPLACED

Watching Bridget Fonda in the 1993 flop Point Of No Return may have made me laugh, cry and fall asleep but it also got me thinking. Is Kristen Stewart the new Bridget Fonda, and do they look alike?

Now, K-Stew isn’t known for romantic comedies (like Fonda’s It Could Happen To You) but she is edgy (Panic Room, Welcome To The Rileys) like Bridget in Jackie Brown and Kiss Of The Dragon.

END_OF_DOCUMENT_TOKEN_TO_BE_REPLACED 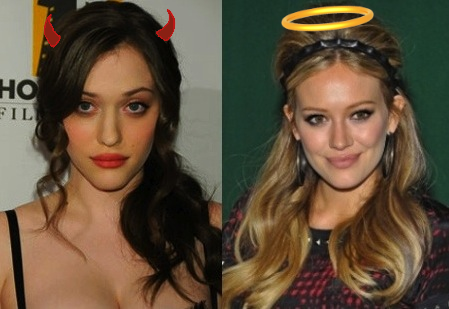 You feisty catbutt Twist readers can argue all you want with me, but there’s no denying that Kat Dennings is Hilary Duff’s evil twin.

I’m not talking about the kind of thing you see on a soap opera, I’m thinking more something like the raven in Native American mythology, or Bugs Bunny. Dennings would be the trickster version of Duff…

END_OF_DOCUMENT_TOKEN_TO_BE_REPLACED 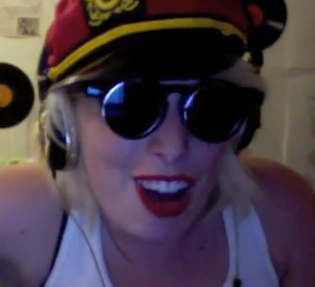 Lately Perez Hilton has been asking his readers to send him videos of them performing covers which he will then rate and judge, thus picking the “best” one.

I’ve always read his blog, since it’s the biggest gossip site out there and quite useful BUT I completely disagree for the second time with his choices.

END_OF_DOCUMENT_TOKEN_TO_BE_REPLACED

If you’ve been watching 2 Broke Girls like I commanded you to, then you’d know that there’s a new Paris Michele in town, well, the only one.

END_OF_DOCUMENT_TOKEN_TO_BE_REPLACED

Anyway, none of that matters because I had the TV on mute. At first I thought it was Alan Rickman, then I realized no, it’s Annette Bening in a disguise!…

END_OF_DOCUMENT_TOKEN_TO_BE_REPLACED

Several bloggers and websites such as Celebuzz and Zimbio cited Dobrev as Chriqui. It was in fact Nina Dobrev in a stunning red dress…

END_OF_DOCUMENT_TOKEN_TO_BE_REPLACED 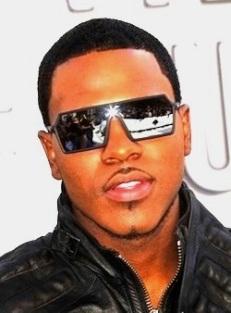 Have you ever seen them in the same room, at the same time? Didn’t think so.