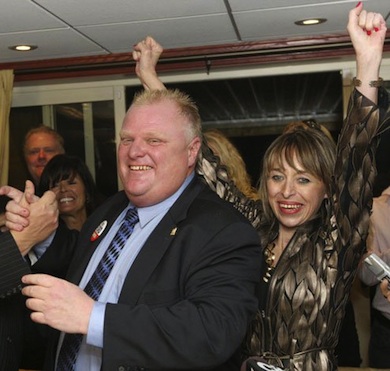 Married trainwreck mayor of Toronto Rob Ford stood in front of a room full of press yesterday to deny a whole mess of things, including telling one of his staff members that he wanted to eat her out.

Ford, a notorious partier and admitted crack user said, “I’m happily married. I’ve got more than enough to eat at home. Thank you very much.”

This kind of thing would never fly in America, but if I had to compare his attitude to two people I’d go with Rex Ryan and Vladimir Putin. Amount of f*cks given: 0.0.

Paula Deen is not only being fired from the Food Network, but also having her products “phased out” by Sears, Home Depot, QVC, Kmart and Walgreens for admitting that she has used the N-word in the past has me thinking about related celebrity scandals.

For instance, how bad is this when compared to comedians like Michael Richards using the N-word multiple times in a recorded stand-up show or Daniel Tosh making rape jokes at a heckler’s expense?

Then there’s Grey’s Anatomy star Isaiah Washington, perhaps the most similar to Paula Deen because the questionable word he was said to have uttered wasn’t caught on camera until he stupidly told a Golden Globes press room “No, I did not call T.R. [Knight, his Grey’s co-star] a f*ggot.”  END_OF_DOCUMENT_TOKEN_TO_BE_REPLACED

What do we know about Justin Bieber‘s fans? Well, we know that they’re teenage girls with low self-esteem and a lot of free time.

The thing is, after I found out that an anonymous 4Chan.org user tricked hundreds, maybe thousands of his fans into making “#cut4bieber” trend on Twitter, I realized I may have underestimated just how extreme they are.

I figured Beliebers were cutting themselves because he’s become even more of a media target, but TMZ is reporting that they’re disappointed in his recent extracurricular activities and they think a Bic razor to the wrist might stop him.  END_OF_DOCUMENT_TOKEN_TO_BE_REPLACED 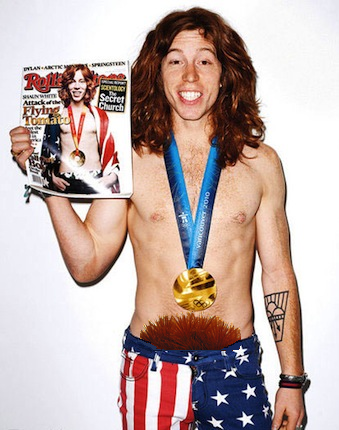 TMZ is reporting that a scandalous photo of Shaun White at a hotel party is being shopped around to various sources, in hopes of a big payday.

It depicts a naked Shaun White, in bed, on top of a woman with a big grin on his face, looking at the camera. So, it’s not just a nude photo, but a picture of Flying Tomato sex?

There are actually two pics, but one is supposedly of a fully clothed skate/snowboarder making out with the same woman. The photos were taken in 2009 just before he won a gold medal at the Winter X-Games.