Decorated American ski champion Lindsey Vonn‘s chances of competing in the near future were frighteningly halted yesterday when she was airlifted to the hospital following a nasty tumble down a mountain at the Alpine world championships in Austria.

The United States team medical director informed news outlets that she had torn two ligaments in her knee and requires reconstructive surgery that will keep her out for the remainder of the season.

It is unlikely that the injury will keep her away from the 2014 Winter Olympics in Sochi, Russia.

END_OF_DOCUMENT_TOKEN_TO_BE_REPLACED

New York Daily News has photos of Madonna tumbling down the slopes at a ski resort in Switzerland like a bag of gluten-free Snickerdoodles.

Her daughter Lourdes and 25-year-old boytoy Brahim (almost the same age as Crystal Harris) watched from afar as their mama ate snow, not laughing at all (because if they did, she’d shut them in her hyperbaric chamber with Elton John and Guy Ritchie).  END_OF_DOCUMENT_TOKEN_TO_BE_REPLACED 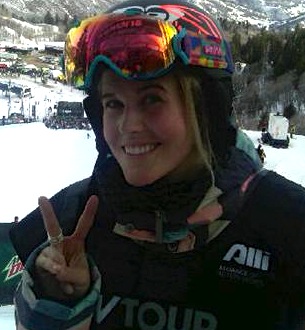 Sarah Burke, a Canadian X Games competitive skier passed away on Thursday at 29 years-old after being hospitalized January 10 during a training session in Park City, Utah.

Burke went into cardiac arrest after a failed superpipe trick (a flatspin 540) in which she landed on her head. She was taken by helicopter to Salt Lake City’s University of Utah Hospital where she went into an induced coma.

On the 11th doctors attempted to repair a vertebral artery but Burke did not improve as she had suffered “irreversible damage to her brain due to lack of oxygen and blood after cardiac arrest.” She died surrounded by loved ones – her parents, sister and husband, fellow skier Rory Bushfield. END_OF_DOCUMENT_TOKEN_TO_BE_REPLACED