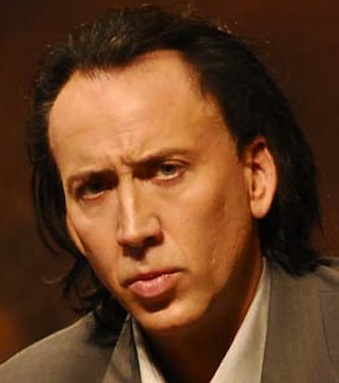 National Treasure jokes were queued and loaded today as news hit the internet that best/worst actor of all time Nicolas Cage’s naked pics were stolen from his house.

Cage insists that explicit photos of him and the mother of his guyliner-wearing son, Weston Cage, “do not exist and never have,” confirming my fears that the story may be too good to be true.

He dated the woman in question in the ’80s, so it makes sense that there would be gnarly polaroids of Cage’s bulging whatever invading her personal space, and not a video because DIY nudes are so yesterday. (Just ask Terry Richardson.) From TMZ:

According to law enforcement, the intimate pics were stolen by a former handyman, who broke into Christina Fulton‘s house in April and jacked four computers and a box of wild photos.

The handyman, Ricardo Orozco, was arrested last month and charged with felony burglary. He’s pled not guilty and is currently being held on $1 MILLION bail.

If they existed they’d be on my screen right now, trust me. I’ve been waiting for this moment since Captain Corelli’s Mandolin.

Earlier this week when Justin Bieber said his laptop had been stolen at a show in Tacoma I believed it. You know why? Because I’ve been to Tacoma.

Turns out, the whole thing was a publicity stunt to release his new video “Beauty And A Beat” featuring Nicki Minaj.

A Twitter user calling themselves “gexwy” Tweeted Bieber telling him in a ransom style message that he would post something from the stolen laptop at noon on Friday.

Justin’s original message to gexwy was, “no matter what you have and what you post tomorrow i know my fans wont leave me. screw it.#toostrong”  END_OF_DOCUMENT_TOKEN_TO_BE_REPLACED 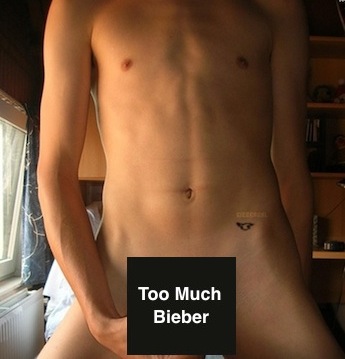 A scandalous penis photo thought momentarily to be of Justin Bieber because of his trademark but easily copied seagull tattoo hit the internet after Bieber’s laptop and camera were stolen at a show in Tacoma, WA.

Clearly there were a few factors involved in people getting tricked into thinking that it was real besides the obvious reason that certain individuals desperately want it to be.

The tattoo, the laptop thing and the fact that the dude in the picture is uncircumcised, which is internet gospel according to The Gallery of Intact Famous Men.  END_OF_DOCUMENT_TOKEN_TO_BE_REPLACED

Things have been heavy around here the past few days, and rightfully so. Life sometimes hits you like a ton of bricks and beats you bloodier than Rocky Balboa at the end of his eponymous first movie. We’ve all been affected in some way by the brutal shooting in Colorado. Some, obviously, more than others. We all will have to find our own ways to deal with this tragedy.

Well, with that said, let’s lighten things up a bit, shall we?

Apparently, hundreds of cardboard cutouts of David Hasselhoff have been stolen from the New England area. Yeah, I don’t get it either. The Hoff has lent his image to Cumberland Farms to sell iced coffee. I guess cold caffeine and wrinkled, leathery skin go hand-in-hand.