Lea DeLaria, who plays Big Boo on Orange is the New Black credits her weight loss to diabetes.

“What you need to do is, first contract diabetes. Two, take the medication that they give you for diabetes,” she told reporters at an annual dinner for New York’s LGBT Community Center.

“[I was] told that you can either eat potatoes or have beer,” DeLaria, who has lost a whopping 50 pounds since Sept. 2014, said. “So I went with beer.”  END_OF_DOCUMENT_TOKEN_TO_BE_REPLACED 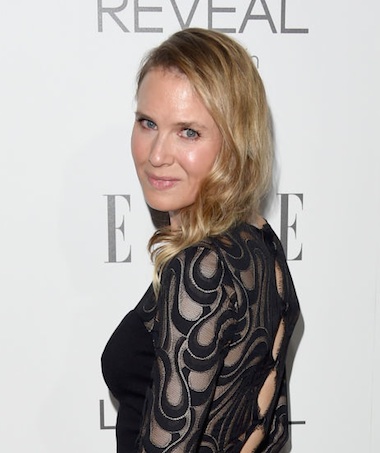 When I first heard about Renée Zellweger’s new face, I was like, umm, where does one obtain such a thing and did she get a BOGO like maybe she has an extra one in the vault like a winter face and a summer face.

Maybe one for Fall that’s more round or even maple-leaf shaped and another for cold season with a pine fresh scent and a special lacquer so it doesn’t melt in front of the fireplace?

All I know is, I saw her face circa now and it is drastically different than circa 2000 whatever RZ. For a second I went straight to plastic surgery, but a lot of people, including Renée Zellweger herself say it’s simply because she lost weight. Via PEOPLE:

“People don’t know me in my 40s,” says Zellweger, who prefers to lead a quiet life with Bramhall and a close circle of friends. Recently, she pitched in to help her pal and longtime publicist, Nanci Ryder, who is battling ALS, at the ALS Association Golden West Chapter’s annual Walk to Defeat ALS in Los Angeles.

“People don’t know me [as] healthy for a while,” says Zellweger. “Perhaps I look different. Who doesn’t as they get older?! Ha. But I am different. I’m happy.”

END_OF_DOCUMENT_TOKEN_TO_BE_REPLACED 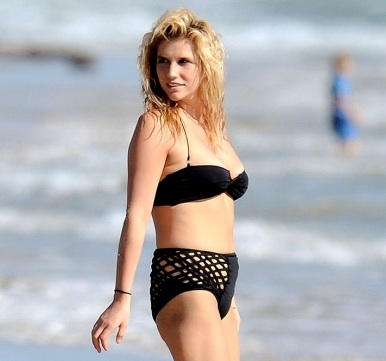 So I know I’ve said all kinds of slightly disrespectful things about Ke$ha before, but I actually think she’s a really underrated pop songwriter of tunes catchier than all the crabs in the pants’ section of the used clothing store.

Back to the “news” part. Turns out, Ke$ha is taking a little break from everything and heading to a rehab facility in Chicago for the neither pills nor booze nor cocaine that you would expect from someone whose motto seems to involve nothing but playing hard.

“I’m a crusader for being yourself and loving yourself, but I’ve found it hard to practice,” Ke$ha said in a statement to Celebuzz.  “I’ll be unavailable for the next 30 days, seeking treatment for my eating disorder… to learn to love myself again, exactly as I am.”

END_OF_DOCUMENT_TOKEN_TO_BE_REPLACED 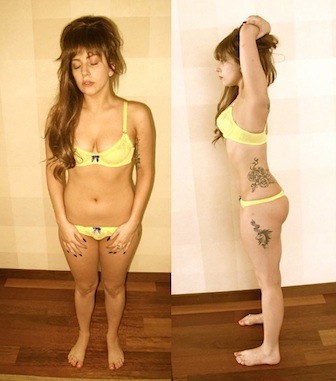 Photos from Tuesday, September 18th showed the world a slightly larger version of Lady Gaga than we’re used to.

Yesterday, Gaga posted skinny pictures of herself wearing nothing but yellow underwear (with messages like “Bulimia and anorexia since I was 15”) to LittleMonsters.com shortly after confessing that she’d gained 25 pounds from eating too much Italian food.

Some speculated that she was pregnant, while others suggested that the weight gain was photoshopped, or a publicity stunt…

The only thing I’m confused by is her decision to not become the spokeswoman for Weight Watchers, Hydroxycut, or TrimSpa. I mean, as a celebrity, why not make a little money off of your diet? You give them the before and after photos, they throw a few thousand dollars at you.  END_OF_DOCUMENT_TOKEN_TO_BE_REPLACED 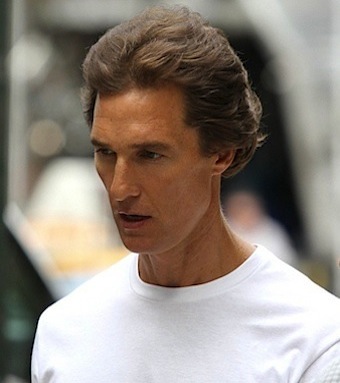 DO NOT FEED THE seagulls, pigeons, ducks or Matthew McConaughey.

The recently married Texan is in the process of losing 30 pounds for the movie The Dallas Buyers Club.

Buyers Club is the non-fiction account of Ron Woodruff, a man who contracted aids in the 80s and illegally smuggled life-saving medicine over Mexico’s border. Drugs that helped him outlive his doctor’s given six month death sentence.

McConaughey is almost as famous for jogging shirtless and naked bongo-playing as he is for his above-average acting abilities, so it is especially shocking to see his Magic Mike beefcake body reduced to Soy Dream.
END_OF_DOCUMENT_TOKEN_TO_BE_REPLACED 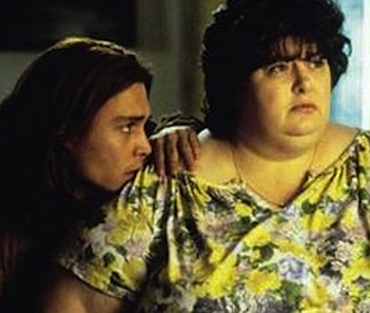 A few days ago I posted a Tweet about how I feel like Johnny Depp and retarded Leonardo DiCaprio’s mom in What’s Eating Gilbert Grape every time I watch track and field events at the Olympics.

Little did I know, the obese couch-ridden mother (played by Darlene Cates) from Gilbert Grape who died after trying to go up the stairs, recently lost 245 pounds. She still weights 331 pounds but is looking to shed more pounds after overcoming diabetes, undergoing four surgeries, and having a near-death experience at the hospital. Good for her! I’ve revised my track joke to:

“Every time I watch track and field events I feel like the mom in What’s Eating Gilbert Grape before she lost the weight.” Still pretty bad (unfunny and offensive) huh.  END_OF_DOCUMENT_TOKEN_TO_BE_REPLACED 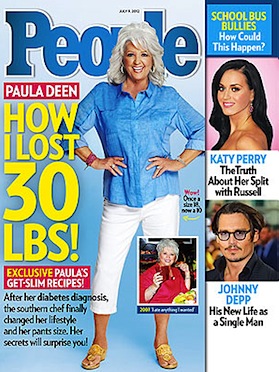 Paula Deen talked to both People and AP about the public’s reaction to her being diagnosed with Type 2 diabetes, mentioning “hate” both times.

To People: “I was surprised by the depth of hate, this is not something I chose. I had been given lemons and I had to try to make lemonade – without sugar!”

To Associated Press: “I think a few people who have access to a TV camera and ink kind of wanted to hate on me for coming down with something.”

I would never diss on Paula for having diabetes. I myself fear that I will one day contract it after touching one of my many pet bags of sugar.

When I first read that people were hating on her I thought she was saying it was because she was skinnier now (she’s lost 30 pounds, her goal is 45) and I’m angry because ‘Don’t Hate Me Because I’m Not Fat’ is a better title.  END_OF_DOCUMENT_TOKEN_TO_BE_REPLACED 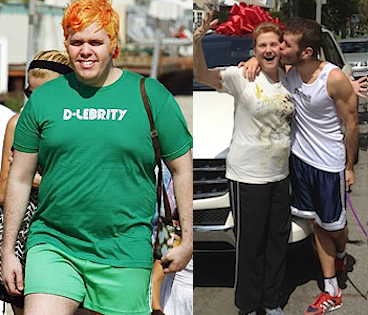 Perez Hilton’s weight loss has been chronicled since 2008, previously by Perez himself and In Touch weekly.

He told the magazine that he slimmed down by simply walking and incorporating a healthier diet.

“I began by just eating healthy, and a month later, I started to incorporate a little bit of exercise – just walking for about 30 minutes a day – and then I became motivated to do more and more.”

“I have two trainers who I work out with in the gym Mondays through Thursdays. On Fridays and Saturdays I do Pilates, Sundays I do yoga, and I also do spinning.”  END_OF_DOCUMENT_TOKEN_TO_BE_REPLACED 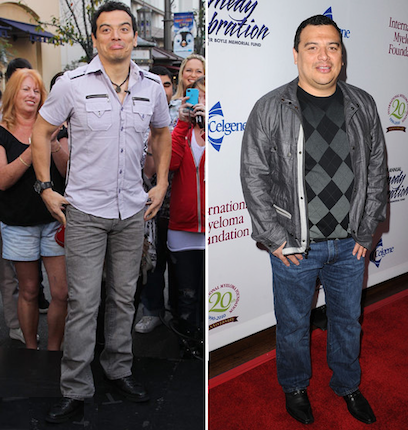 Carlos Mencia, the 44 year-old Mind of Mencia comedian has lost a total of 70 pounds. After being ripped to shreds by fans and even fellow comedians for possibly stealing his material from the likes of George Lopez and others, Mencia sought therapy.

The therapy and weight loss seem to have worked, because Carlos has a new stand-up special called “Carlos Mencia: New Territory,” which will air on Comedy Central this Sunday.